Are we prepared for a return to power by Donald Trump?

Listen to this article :

I am sometimes criticised for putting forward worst-case scenarios. The most recent events, in France as elsewhere in the world, should have convinced the most optimistic that the worst is not impossible, and that the best way to avoid it is to prepare for it.

Thus, it is not too late to prepare for a hypothesis that is becoming more and more likely every day: the return of Donald Trump to the White House, after the next election, on Tuesday 5 November 2024.

To understand the importance of such an event, it suffices to imagine what the world situation would be like today, if he had been re-elected in November 2020: the United States would certainly not have imposed sanctions on Russia; it would not have given any military support to Ukraine; Great Britain, always a follower of its American master, would probably not have done any better; Germany would have been delighted to save its supply of Russian gas and oil and would have turned a blind eye. And there would have been many voices in France to remind us that the conflict in Ukraine is not our war, and that the Russian alliance is a fundamental basis of French geopolitics.  This conflict would have ended long ago with the collapse of the Ukrainian army and economy, whatever the courage and competence of the Ukrainians. In many other areas, Trump’s presence in the White House would have changed everything: he would have continued to mark his hostility to everything that can be done to strengthen the European project; the Supreme Court’s new doctrine on abortion would have long since been implemented. It is only on the fierce will to counter Chinese power on all terrains that there is an agreement between the two major parties fighting for power in Washington.

The hypothesis of a return of Trump to the Oval Office is now more than likely: President Biden is deeply unpopular. The Democrats will lose the November midterm elections. The Republican Party is totally in the hands of Donald Trump. He is already picking Republican candidates for various governorships and senate seats, and he happily tells his most recent private visitors that he will be a candidate in 2024.

Make no mistake: a Trump president in 2025 would be very different from the first time around: he would have full power over both houses of the executive branch, the Supreme Court and most of the media; and there is no guarantee that he will accept that this second term will be his last. It is safe to say that the US will have ceased to be a democracy. And even those who today praise his record in this or that sector will no longer be able to support him without breaking with the most fundamental values of democracy.

Of course, nothing is certain, and many things can happen between now and then: a luminous democratic candidate can appear, capable of reconciling the two Americas of today, deeply divided, on the verge of civil war, even, as shown by the shootings, for racial reasons, that are multiplying. And even, who knows, another Republican candidate, who could show the American people that such populist confinement is suicidal.

Of course, we Europeans cannot intervene in such an election; but we can, we must, prepare ourselves for such an eventuality. If only because the likelihood of such an eventuality should prompt some, especially in the Kremlin, to keep the current conflict going long enough for Trump to withdraw all support for President Zelenski. And because we are absolutely not prepared to live in a world where the United States would be, would become, a totalitarian country, threatened with civil war, and refusing any solidarity with other continents, and in particular with Europe. A country that could even carry out Trump’s repeated threat to leave NATO.

We would then have to fend for ourselves against any external threat. And we have absolutely no means to do so.

If we wait until we are faced with a fait accompli, if here as elsewhere we deny reality, it will soon be too late to act. The Biden parenthesis may make us believe for a while longer that we will never be alone and that the United States will always be there to defend democracy in Europe. This is an illusion; and it would be criminal for the future of prosperity and democracy in Europe to make them dependent on elections in another country, however friendly, for the time being…

Dedicated to Moisés Naimes, author of The revenge of power (2022) 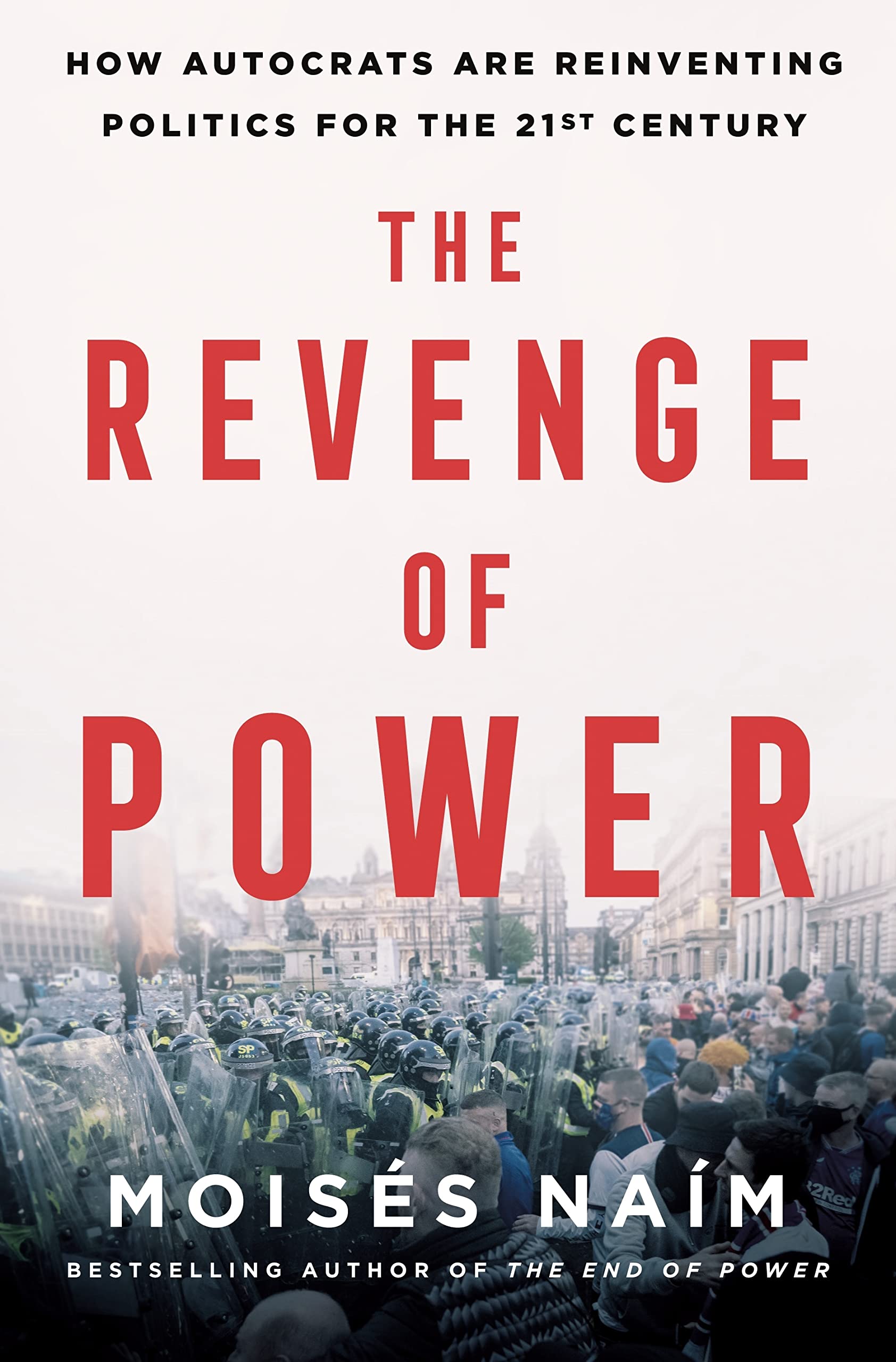